South Africa is a country that stands out for its natural and cultural value, capable of surprising the most experienced of travelers. Its exuberant and wild nature, the multiculturalism of its people and the coexistence between the most traditional and the most modern aspects of society make South Africa a destination that deserves to be thoroughly known.Click here to read articles on Travel.

Among all the cities in South Africa, Cape Town stands out not only for being the most developed, cosmopolitan and multicultural, but it is recognized for its extraordinary beauty both in the eyes of tourists and Africans themselves. And its location is truly extraordinary; It is located between Table Mountain and white sand beaches. Impossible not to fall in love with its landscapes! That is why, despite visiting specific places in that city, we also recommend that you live it intensely through its streets and getting to know its people.Click here to read articles on Travel.

The importance of the Table Mountain, which stands majestically over Cape Town, is not justified only by its presence on the city flag and other local badges, but in that it is also considered since November 2011 as one of the Seven Natural Wonders of the world. It is one of the oldest mountains on the entire planet, since its formation took place nothing more and nothing less than 360 million years ago, and receives its name because of its characteristic shape, away from the usual succession of peaks present in the mountain ranges.

All of this makes it one of the main tourist attractions to see in South Africa, and there are millions of visitors who access its summit, using the cable car (installed by the English settlers in 1929) or traveling its path for an hour, in order to get the best panoramic views of the city . 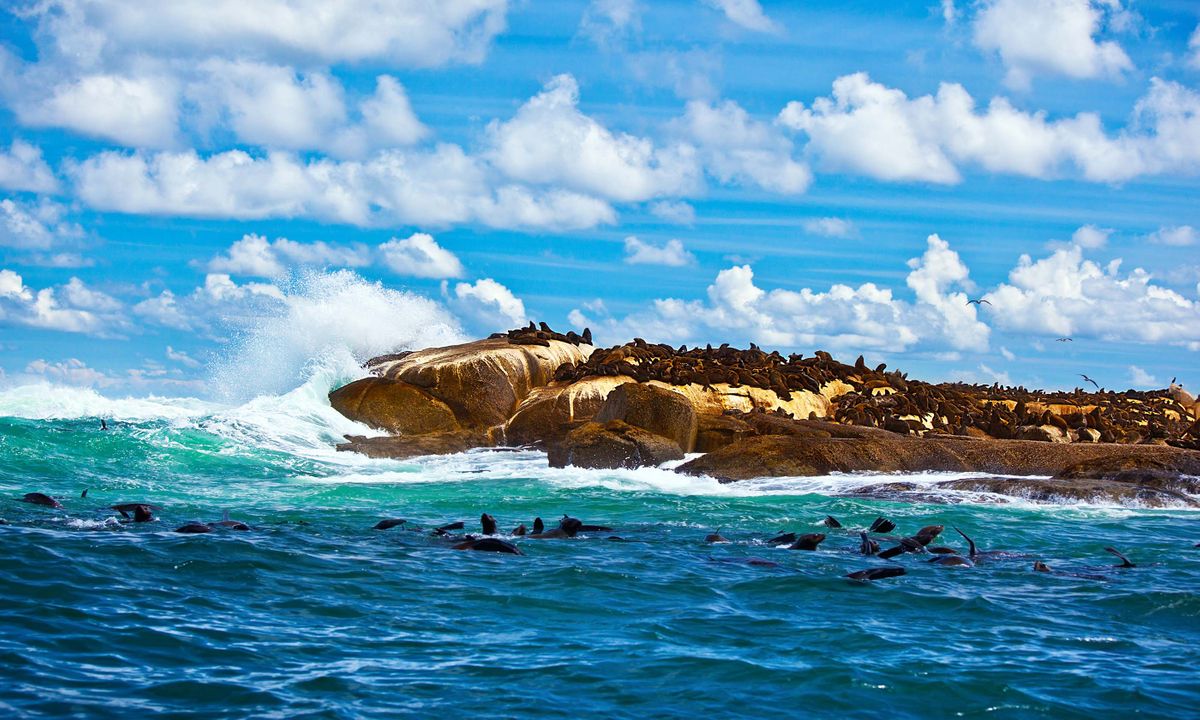 Robben Island is located 12 kilometers off the coast of Cape Town, whose name in Dutch means “seal island.” The visit to this island is especially relevant for its history, since the end of the 17th century it was used to isolate prisoners and lepers (the latter from 1836 to 1931), although it has also housed a hospital, a military base and a center for Quarantined animals.

Declared a World Heritage Site by UNESCO, the prison is currently closed and the island has become a popular tourist destination: a museum of great historical appeal can be visited because it is  the prison where political prisoners of the Apartheid regime were detained , among which Nelson Mandela stands out . But not only that, but in addition to your visit the museum (usually presented by an old prisoner) you can enjoy the flora and fauna of the island, where there are 132 species of birds.

On your trip to South Africa you will have the opportunity to enrich yourself both culturally and emotionally with the country’s history. And to achieve this, it is essential to visit the Apartheid Museum, a museum that condenses a century of South Africa’s history, from industrialization to democratic transition in 1994; although the truth is that there are still obvious traces of the age of racial segregation.

The museum has a temporary exhibition in which, dynamically and interactively, it explains the history of the country with special emphasis on Apartheid, whose photographs and videos seem taken from a horror movie. So if you wonder what to see in South Africa to get to know the country and its people deeply, the Apartheid Museum is a must that will change your perspective of life: it will allow you to know who Nelson Mandela was and when you leave you will need to take some time to reflect to process such horrors, as well as the moral greatness of an oppressed people fighting for their freedom.